Charlotte Clem is an assistant instructor at Aerial Athlete.  As a child, Charlotte did not have many opportunities to participate in group sports, and was not athletic.  It wasn't until high school that she started training in classical ballet, modern, and jazz. She recalls a fond memory of performing alongside The Dance Company during a Flash Mob downtown.

Charlotte joined Aerial Athlete in April 2014, and began by  taking Aerial Yoga classes, she soon followed by taking Aerial Fabric classes and she was instantly hooked!

Training in the Aerial Arts has changed her in so many different ways, she is now more self-confident, more aware of her body, not afraid to try new things and more graceful.

As an instructor Charlotte wants students to feel comfortable and confident in themselves.  When she isn't at the studio she is a stay at home mother, likes to do yoga, and enjoys taking walks with her family and furr babies. 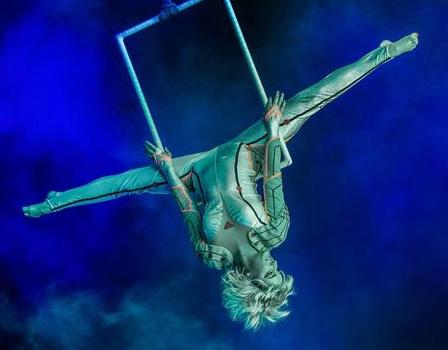 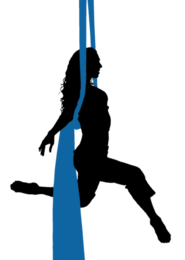 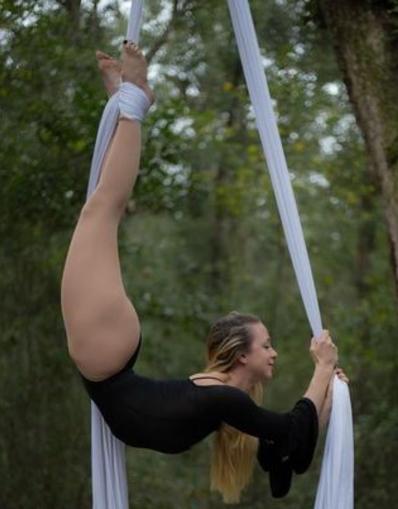 Ali was a competitive gymnast growing up. She started training in 2011 at the Orlando Circus School and performed with New Image Line Entertainment traveling for Life In Color from 2013-2018.

Ali started training at Antigravity Orlando in 2017 and worked for them from 2018-2020. Although Ali is skilled at trapeze, the cube and the aerial silks, the Lyra is her favorite standard apparatus. Ali is currently working on her Doctorate in Physical Therapy 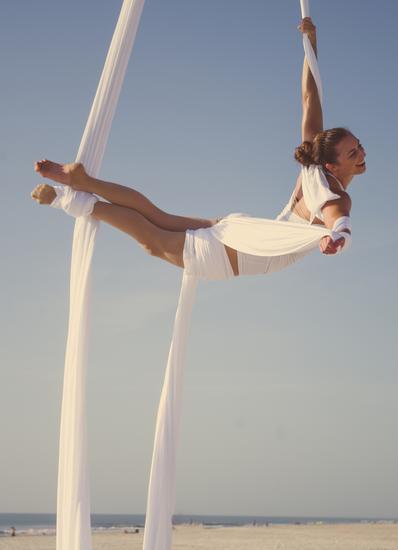 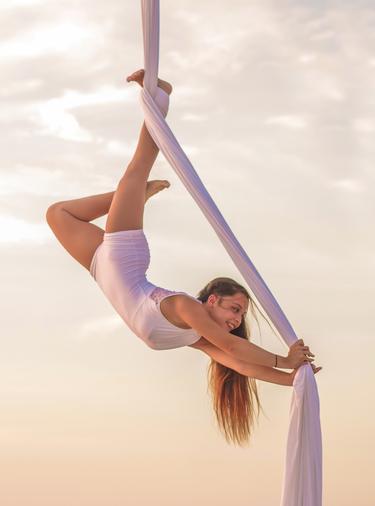 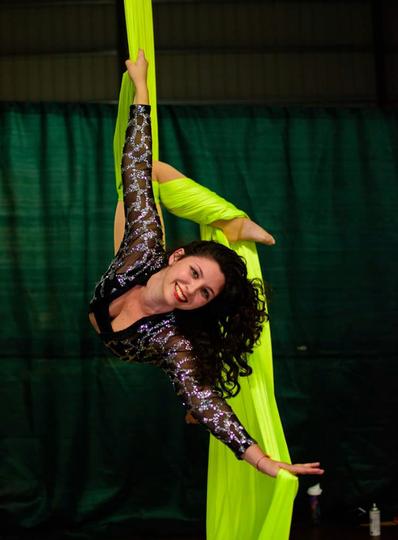 Jillyan has been training aerial for six years, and started when she was sixteen years old. She is creative and likes to try many different things like reading and painting. She loves music and plays the piano, started learning the guitar, and loves to sing.
She loves photography and one of her favorite things to do on a nice day is go outdoors and take pictures of nature or explore around town, be outside doing basically anything- from reading or gardening to just hanging out with my dogs. More than anything, Jillyan loves learning. Jillyan’s dad encouraged her to try aerial after seeing Laura's aerial class. She was worried she was not athletic but always has done dangerous sports - like horseback riding and kickboxing, so she went for a semiprivate aerial lesson with her mom and sister and fell in love with it!
Jillyan’s favorite drop is called three-point. She has two degrees; one is in anthropology and the other is in sociology.
Aerialist, Dancer, Performer, & yoga instructor

Laura started training aerial when she was 22 and started performing three weeks later. Laura is skilled in trapeze, the Lyra and on the aerial silks, in which her favorite pose is split balance.

She is a certified yoga instructor, which helps keep her flexible and strong. Laura’s favorite show performance was at the Anastisini Circus in 2019, she explained the cast was a blast! Her act was super up-beat and fun. Just a good time overall. Laura’s goals are to keep getting stronger and smooth with all movement. Be powerful and gain stamina. Keep setting the bar higher so that she can keep growing. We love having her positive attitude at our studio.

Co-founder and owner of Aerial Athlete Saint Augustine, Laura Atkins, has had a love for moving arts beginning when she was a child.  She has over 13 years of combined professional dance training including Ballet, Jazz, Contemporary, Tap, Modern, Lyrical and Gymnastics.  She has over 5 years of experience teaching various types of moving arts to people of all ages. She was Captain of her high school dance team in 2005 and that is where she began her foundation and love for teaching other's.

Laura's specialties include Aerial Silks, Aerial Yoga,Lyra and she is a certified Hatha Aerial Yoga Instructor. She attended Rebekah Leach's Teacher Training Certification Program in 2014 and has professionally trained with Susan Murphy, Laban Movement Analyst, and other aerial artist's including Rain Anya, Sarah Bebe Holmes, Gwynne Flanagan, Molly Graves and many others. Laura is proficient with Aerial Straps, Aerial Rope, Dance Trapeze, and Hula Hooping; she is also a Martial Artist and co-owner of the Gracie Jiu-Jitsu Academy in St. Augustine.

Laura's athleticism, love for performing and combining physical work with artistry is a perfect fit and she is enthusiastic about her career in Aerial Arts.  ​